This week Konwakiton Glacier was identified as the source of a mudslide that flowed down the side of Mt. Shasta, USA, for several hours. The US Incident Information System (InciWeb) states that “mudslides are more prevalent [at Mt. Shasta] during drought years due to increased solar exposure of the glaciers”. Recent and prolonged drought conditions in California this past summer have apparently left Mt. Shasta’s glaciers particularly exposed to solar radiation, resulting in more meltwater production than usual. InciWeb suggests that englacially or subglacially stored meltwater was released from Konwakiton Glacier by an unspecified disturbance event. While rain on ice events have triggered past mudslides, Mt. Shasta is a stratovolcano in a seismically active region. In any case, abrupt releases of glacially stored water are a very unique cryospheric hazard! 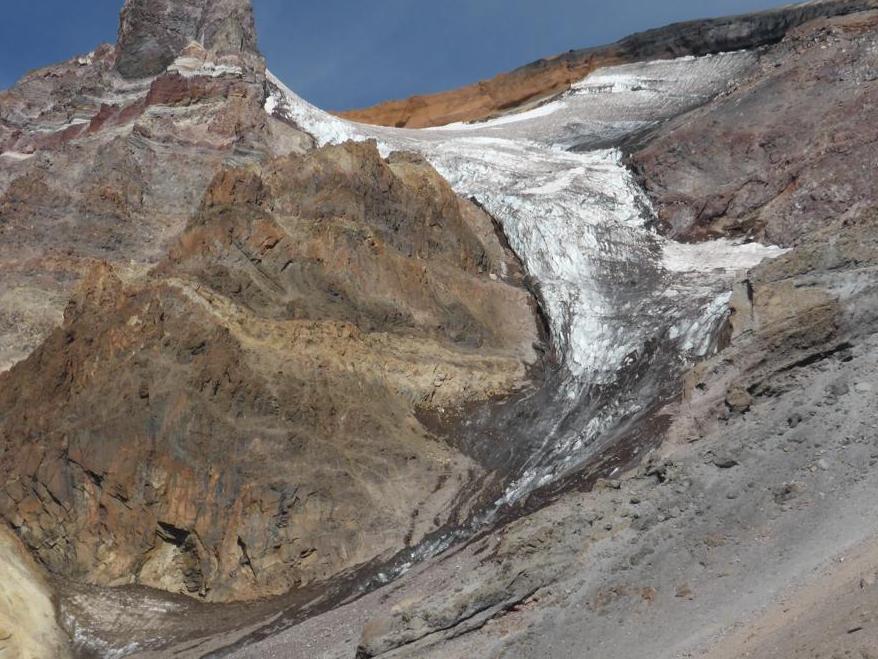 Konwakiton Glacier on Mt. Shasta after the mudslide. (from InciWeb) 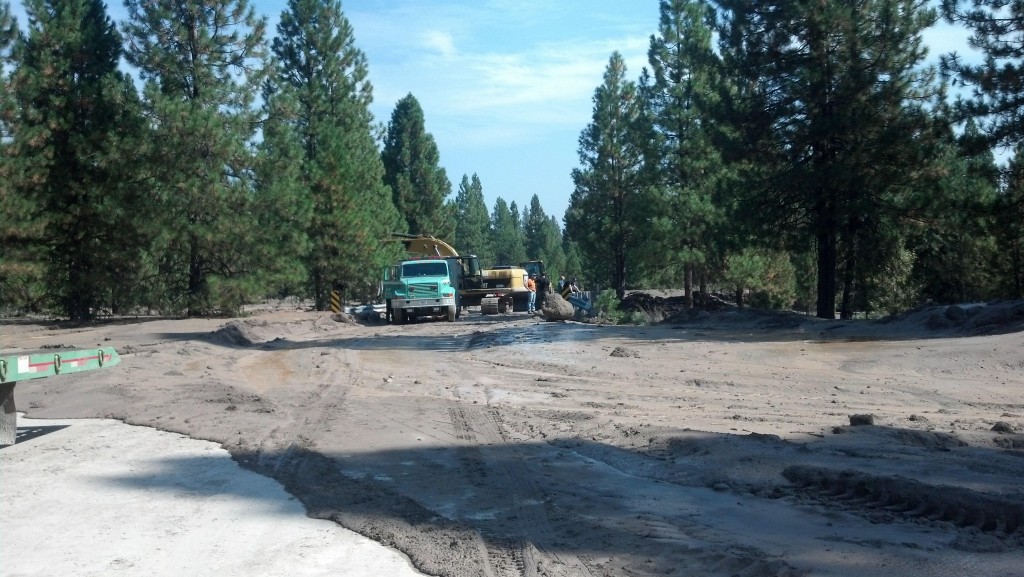