Posted by William Colgan on March 15, 2016
New Research / No Comments

Our Arctic Circle Traverse 2016 (“ACT16”) campaign is getting underway next month, and one look at the expedition map and it seems like we’ve outgrown our name! The ACT expedition series began in 2004, as snowmobile traverses roughly aligned with the Arctic Circle (66 °N) in support of the NASA Program for Arctic Regional Climate Assessment (PARCA). Since the 2013 initiation of the NASA FirnCover program, however, there has been a strong motivation to simultaneously sample more remote sites on the ice sheet. Firn compaction rate, the key process that FirnCover seeks to measure and model, is sensitive to both air temperature and snowfall rate. That means firn compaction rates vary with latitude and elevation, so when the FirnCover team goes to Greenland, we try to sample the ice sheet from North-South and low-high. That makes for a lot of travel! 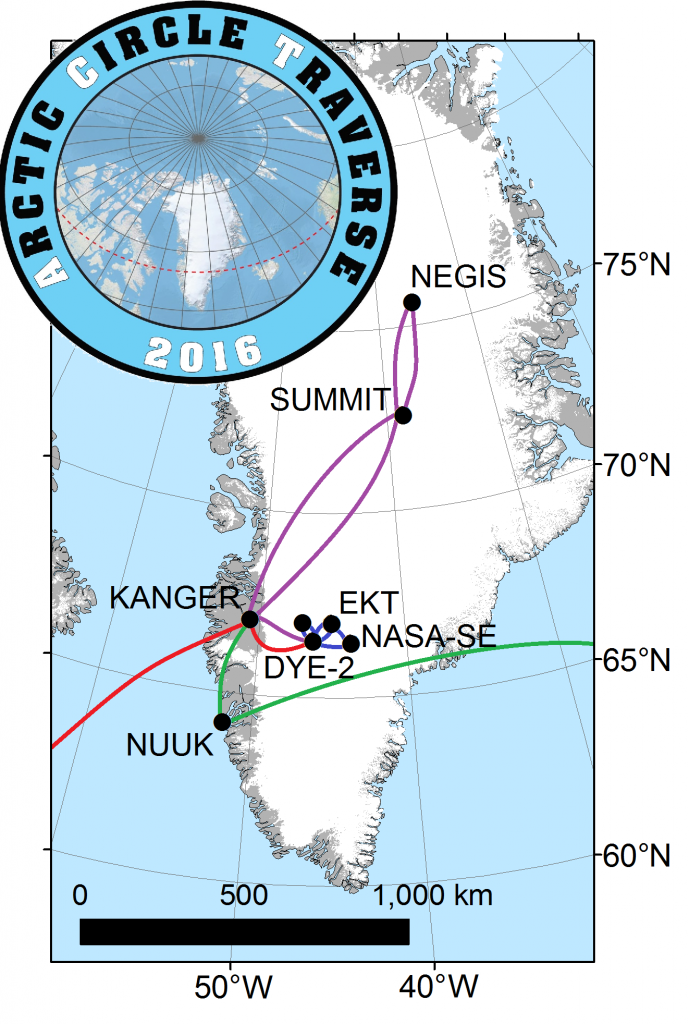 This April the ACT16 team will gather in Schenectady, NY to hitch a ride to Kangerlussuaq, GL with the US Air National Guard. After a pause in Kanger, the 109th Airlift Wing will deliver us to their Camp Raven skiway near Dye-2 in the ice sheet interior. Once in the ice sheet interior, the ACT16 team will fission into two groups, with a base group staying at Dye-2 for detailed firn measurements, and a traverse group snowmobiling to firn instrumentation sites along the Arctic Circle. Afterwards, our two groups will join up and catch an NSF charter flight off the ice to Kanger for some brief decompression. Then a subset of the ACT16 team will fly north to Summit and the NEGIS deep coring site for more firn instrumentation and measurements. Eventually we’ll make our way back to Kanger and head home on commercial flights via Iceland. With military and NSF charter flights, temperamental snowmobiles, and a mix of commercial airlines, the logistics for this five week field season are pretty intense! 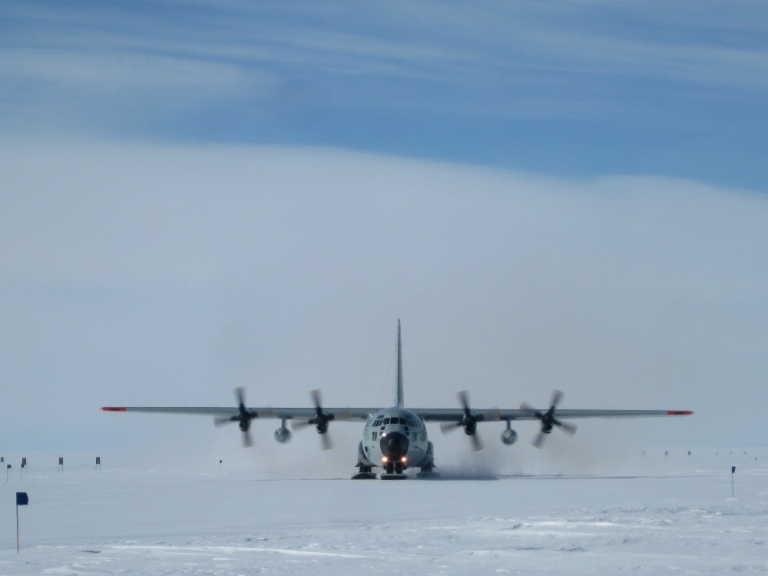 Figure 2 – A ski-equipped C-130 from the 109th Airlift Wing of the US Air National Guard taxiing on the Camp Raven skiway near Dye-2 during ACT13.

I’m most excited to visit NEGIS, not because I think it will be any more (or less) spectacular than any other location in the ice sheet interior, but simply because I haven’t been there before. A new dot on the map is always cause for delight. This field season, however, I will be keeping track of my personal carbon footprint, and I expect the charter flight to NEGIS and back is going to figure prominently in that calculation.