We are introducing a rich trove of ice-sheet surface mass balance measurements in an open-access study in the current issue of Journal of Geophysical Research1. The Qagssimiut Lobe is among the most southern ice lobes of the Greenland Ice Sheet. The Q-transect – which runs up the heart of the Qagssimiut Lobe – has been home to automatic weather stations recording ice and climate measurements since 2000. In this study, we have compiled sixteen years of annual surface mass balance measurements and also added three hard-fought years of winter snow accumulation measurements. These data – spanning 300 to 1150 m elevation – now form an exceedingly unique record of ice-sheet health. 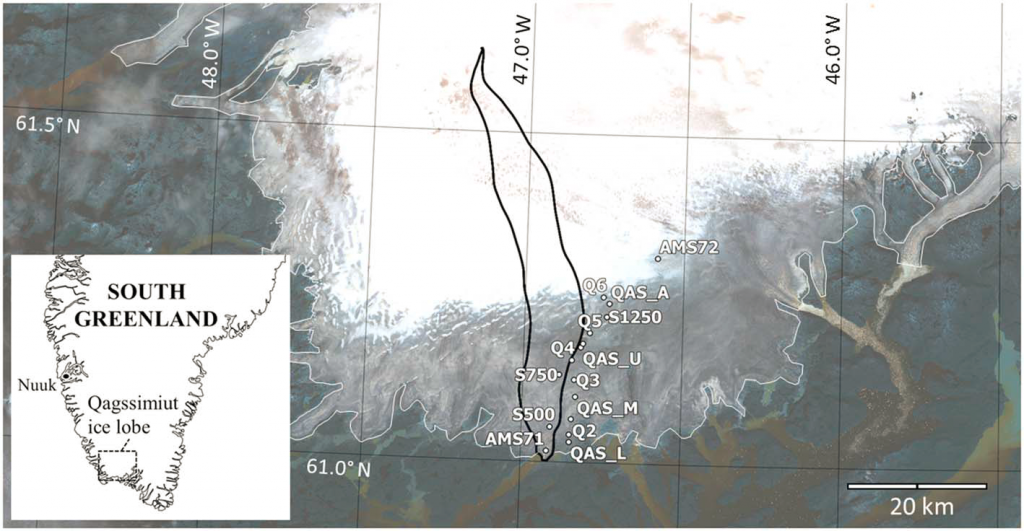 Figure 1. The Qagssimiut Lobe in South Greenland. Measurement locations are denoted with white dots. The Sermilik Glacier catchment is delineated with a black line. The ice-sheet margin is delineated with a white line. The background image was acquired by the ESA Sentinel-2 satellite on 28 August 2016 and clearly illustrates the bare ice area below equilibrium line altitude.

These comprehensive in situ measurements allowed us to evaluate the accuracy of the surface mass balance simulated by climate models. TO do this, we stacked our measurements against comparable simulations from three leading regional climate models (HIRHAM5, MAR and RACMO2). The climate models generally did well, but were never bang-on the measurements. One climate model consistently simulated more negative surface mass balances and lower equilibrium line altitudes than we measured. The other two model usually did the opposite, implying the ice sheet was healthier than in reality. These biases appear to stem from differences in simulated winter snow accumulation – which can vary by 200 % at low elevations – between models. 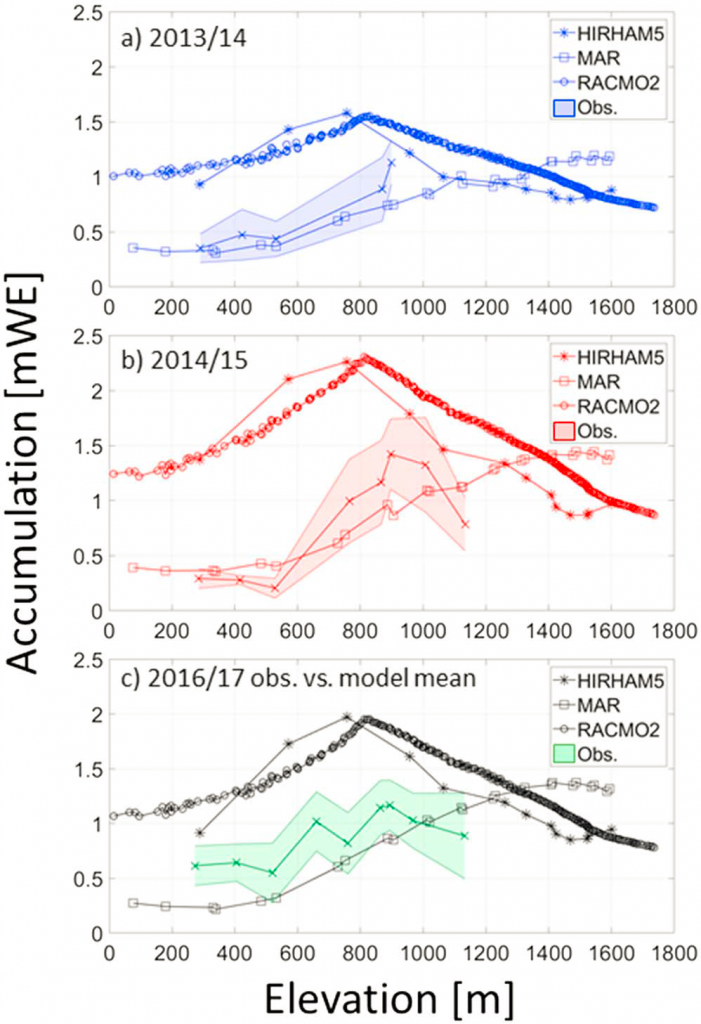 Combining our knowledge of surface mass balance over the Qagssimiut Lobe with independent observations of iceberg calving rate at Sermilik Glacier – the main tidewater draining Qagssimiut Lobe – allowed us to calculate a total mass balance. We found that the relatively small Sermilik Glacier catchment is now losing up to 2.7 Gt of ice per year. That is a rather astounding – 20 times greater than the ice sheet average – the Sermilik Glacier catchment represents only about 0.03 % of ice-sheet area but is contributing about 0.61 % of ice-sheet mass loss. Its extreme southern location clearly makes Sermilik Glacier a hotspot of ice-sheet mass loss. Its rate of ice loss is more characteristic of lower latitude Andean glaciers than the vast majority of Greenland. 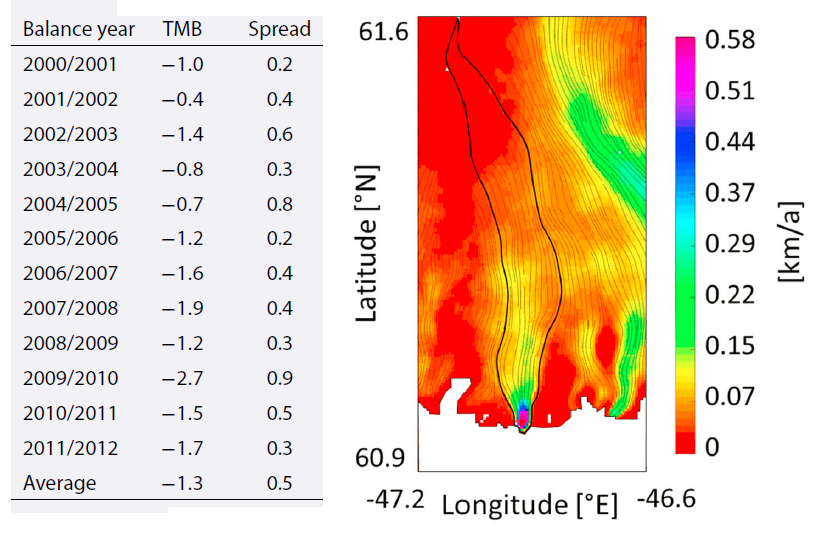 We hope that this study will be useful to climate modelers, as they further improve the accuracy with which their models simulate ice-sheet surface mass balance. We also hope that highlighting the Q-transect as a hotspot for both ice loss and in situ data availability will help inform future measurement campaigns seeking to improve our understanding of the physical processes influencing surface mass balance. All measurements of surface mass balance and winter snow accumulation are freely available in the study’s online material.