Posted by William Colgan on June 06, 2019
New Research / No Comments

We have a new – and long awaited! – open-access study out in the current issue of Earth Systems Science Data. In this study, we estimate the ice discharge – meaning transfer of land-ice into the ocean – at 276 tide-water glaciers around the Greenland Ice Sheet between 1986 and 2017. These individual glacier discharge records are now available online. We estimate that ice-sheet-wide discharge – or iceberg calving – increased from less than 450 Gt/yr in the 1980s and 1990s to closer to 500 Gt/yr at present. That increase of 50 Gt/yr is equivalent to an extra 1600 tonnes per second of icebergs – year-round – relative to the 1980s and 1990s. 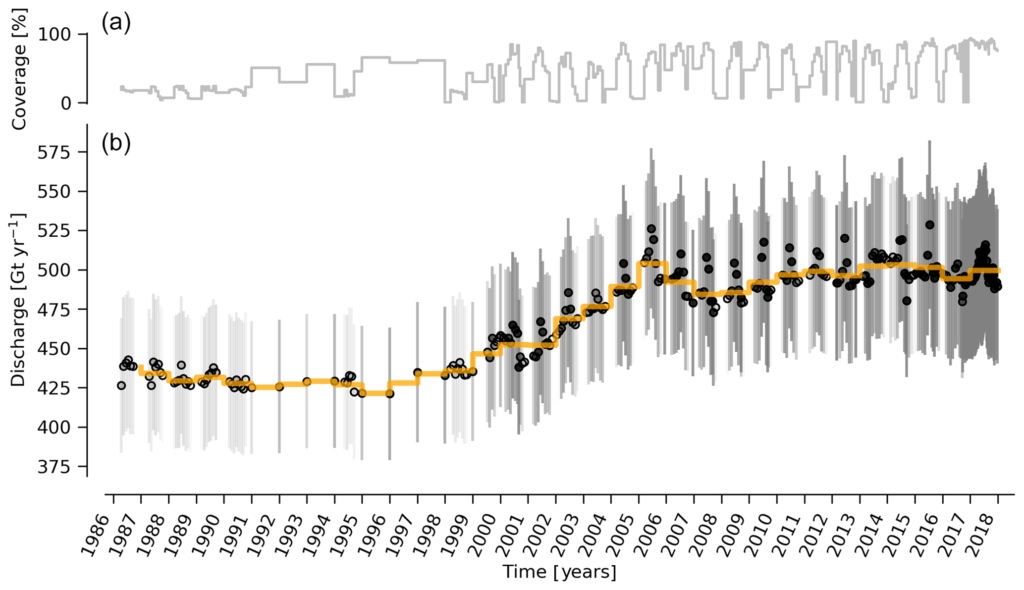 Figure 1 – Time series of iceberg discharge from the Greenland Ice Sheet. Dots represent when observations occurred. The orange line is the annual average. Coverage denotes the percentage of glaciers from which total discharge is observed at any given time. Total discharge is “estimated”, rather than “observed”, when coverage is <100 %.

Dealing with unknown ice thickness or missing ice velocity data – in a transparent and reproducible fashion – was a huge aspect of making such a dense glacier discharge dataset. Perhaps the most novel aspect of this study is a sensitivity test to quantify just how precisely ice discharge from the entire ice sheet can be estimated at a single point in time. The result of this sensitivity test was a little surprising. We found that – using the same ice thickness and ice velocity information – assessed ice discharge can change tremendously just based on where we placed our “flux gates”. 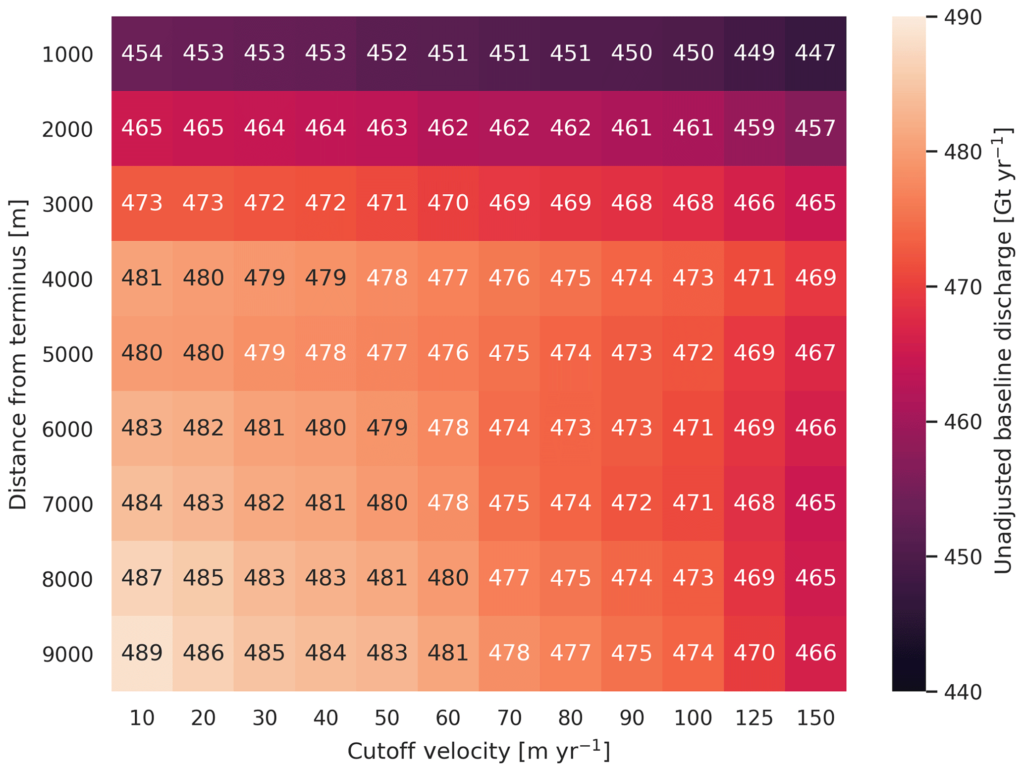 A very cool thing about this study is that not only the data, but also the code, is open access. This code-sharing approach is part of the growing “open science” movement. The US National Academies – meaning Science, Engineering and Medicine – recently joined together to publish an open science mandate. Sharing code not only makes complex results reproducible, but also helps different teams move forward. For example, our ice-sheet-wide discharge is slightly different from previous studies. We are not entirely sure how much of this difference in ice discharge is due to differences in flux gate locations. But now – at least moving forward – future teams will be able to use precisely the same flux gates that we used.

We have a new study coming out in Earth and Planetary Science Letters that looks into the mass loss of the Greenland ice sheet (Andersen et al., 2015). We used the “input-output” approach, whereby an estimated iceberg production rate is differenced from an estimated snow accumulation rate. The input-output approach we used was slightly different from previous studies (such as Rignot et al., 2008 or Enderlin et al., 2014) because the ice sheet perimeter across which we observed ice flow (or the “flux gate”) was relatively far inland. That meant we had to make a different assumption about the vertical velocity profile at the flux gate, as well as account for changes in ice volume between the flux gate and the tidewater glacier grounding lines. We also used a new combination of satellite-derived ice surface velocity product, airborne radar-derived ice thickness observations, and surface mass balance simulations. Despite all this, our mass loss estimate agrees pretty well with previous studies! 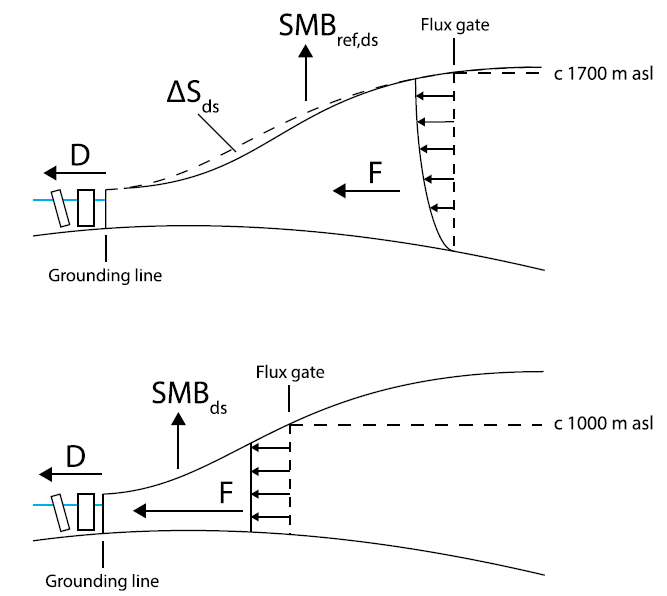 Diagram showing differences in methodology between our study (TOP) and previous studies (BOTTOM) in converted estimated ice flux (F) into estimated iceberg production (D). We adopt a higher elevation “flux gate”, which necessitates accounting for downstream changes in ice volume (∆S), as well as making a different assumption about the vertical velocity profile at the flux gate. We also use different velocity and ice thickness observations, and a different surface mass balance (SMB) model (from Andersen et al., 2015).